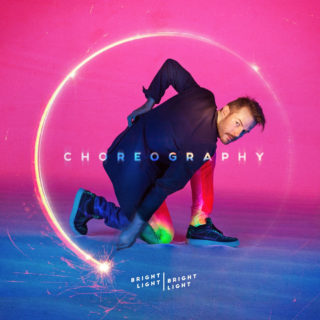 For many people in the independent music world, Bright Light Bright Light is on their radar as an exciting and emerging talent.

The British artist is on the up: he releases his second album this month, on July 15, having recently performed his new single with Elton John, All In The Name, on BBC One’s flagship chat programme, The Graham Norton Show.

He’s better known as Rod Thomas – our receptionist back when we were called Vital, who later became the PA to our very own Peter Thompson.

“One minute he’s making me a cup of tea, the next he’s hanging out with elton john.”

“One minute he’s making me a cup of tea the next he’s hanging out with Elton John,” said Peter.

“I’m not sure how Rod became my PA but he was fantastic to have around.

“One of our highlights was when he helped me organise a boat trip down the river to Hampton Court that ended up with us being pelted with bottles from some locals on the riverbank (we may have thrown some back but I don’t think Rod was involved).

“One day I may get a PA again and I hope they’re as much fun as Rod.”

All of us at [PIAS] wishes Rod every success with his new record, Choreography.

If you’re reading this, make sure you check out lead track All In The Name below.