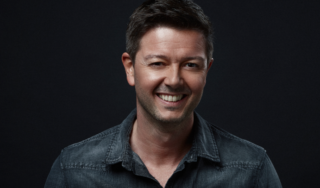 Armada Music is used to punching above its weight.

Launching just a year before iTunes came to Europe helped breed a digitally-savvy operation at Armada – one which has stormed the global dance charts ever since.

But in recent years, perhaps one area of business has taken off more than any other for Armada: the popularity of its playlists on services such as Spotify, Deezer and YouTube.

The Armada Music hub on Spotify currently boasts over 136,000 followers, who also congregate around playlists that have clocked up hundreds of millions of streams.

These include Armada Radio, Armada Deep and the label’s own mini-charts – Armada Stream 40 and Armada Trance Top 1000.

Armada also encourages its artists to host their own playlists. These are led – as you’d expect – by Armin van Buuren, whose State Of Trance Radio playlist on Spotify had more than 235,000 followers.

Below, Maykel Piron shares some of the biggest lessons the company has learnt along the way of sculpting its playlist strategy – and how it’s growing other elements of its business using its online popularity.

1) Keep a dialogue up with services

“Obviously we discuss things with Spotify directly, and that is a great help to us both. They can see that some of our playlists are very engaging – they have a lot of traction. I’m not allowed to say where we are in Spotify’s own top 5,000 playlist chart – but I can say they are doing very well!

“Majors are stepping into dance music big time at the moment. Am I afraid? No, not at all. I’m sure they’ll get out of it again, just like they did a decade ago.

“If the majors were owners of the digital services, it would be a different thing but as long as you know you can work things out with platforms like Apple or Spotify or Deezer and they’ll support you, there’ll be plenty of room for independents who put the effort in.”

“The compilations album business as we know it will be dead soon. DJs will always make their own mixes, which you will find on streaming services, but the current model will not last – it is already going.

“We sell a lot of compilations ourselves. Yes, people need curation or tips but you have to deal with the future.

“Obviously some companies want to protect their current turnover and [fight streaming services]. You can understand that, but it’s a short-term view – better to focus on what’s coming next.”

3) Look at the bigger pie

“In the age of social media and streaming, running a label is all about total income. I don’t really know what any of our specific playlists are making money-wise – we focus on servicing our fans and building loyalty. Even with smaller playlists – like a Chillout playlist – we have around 18,000 subscribers.

“But some people don’t realised we are focused on recorded music exploitation. Obviously as the world is changing, some deals are ‘360’ deals, but my heart is with recorded music and I want this company to be profitable on that basis.

“We do everything possible to generate as many streams, downloads and CD sales as we can. Physical sales are still an important business.

“As far as ticket sales, we do Armada nights across the globe, which we do mainly for brand profiling purposes. We do easy deals with promoters across the globe – they get a licence of the brand and it helps make sure they sell out. But we don’t get paid per ticket!”

4) Use the right curators – and be patient

“Curation has one simple rule: it needs to be done by people who understand music. That can be people working for record labels, as well as radio people, music directors or artists themselves – like Armin.

“If you work those playlists, you need to do it on a daily basis and be really into it. You have to treat it like your own radio playlist.

“Also, remember that you need to start somewhere. In the beginning at Armada it was basically me running it 24/7, doing everything. Then we started hiring, and now across all the ventures we do, we almost have 100 people in the company.

“We didn’t have any online following back then! The trick is to believe in what you are doing; make sure you create playlists with a lot of passion and they reflect your brand’s identity. Be consistent and in the end you’ll see that I will grow. These things take time.”

“We love music. So as soon as we find a track which is not ours but really fits we’ll use it. It doesn’t matter what label it’s one. Why not?

“If you just put your own music in there, all you do is limit your audience.

“Obviously we do this to promote our own artists, it would be strange not to.

“But we also do it because we want to show the world that we are experts at curating and that we are hugely passionate about music – that’s not only shown by what you have signed.”

6) Don’t be afraid to ask your artists for help – and help them, too

“Obviously, if you are affiliated to an artist, you can benefit as a label. Where we can help each other, we believe in cross-promotional activities.

“It makes sense to retweet our artists and the other way round, for example. If Armin does a retweet, he has 1.3m followers and we have 550,000. Some labels don’t take advantage of that because they don’t work social media in that way, but we are doing so constantly. Being close to your artists and talking to them about how this can help both of you is very important.

“We advise our artists how to work platforms like Spotify, and to create playlists themselves. It makes sense if you sign a new act to put one of their new songs on one of our playlists – that can help those songs go viral.

“It’s a combination of making sure they have the right spot in some of the playlists we own, as well as pushing to get them on those playlists from other companies or services. You have to work hard to make sure a new act is recognised.”