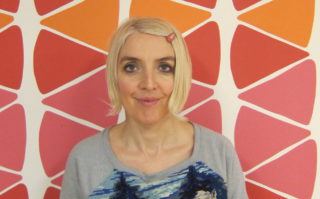 Who knows where the independents would be had they not set up IMPALA to organise the sector on a pan-European basis?

The indies’ body turns 15 years young this year. It’s been a decade-and-a-half stuffed with breakthrough moments in Brussels and beyond.

As Helen Smith, Executive Chair of IMPALA, puts it: “IMPALA has a few milestones under its belt and some hairy moments along the way. It was set up with the mission of growing the independents’ market share and making sure our members and their artists obtain proper value for their music.”

IMPALA was founded in 2000 thanks in no small part to [PIAS]’s own Michel Lambot, who felt the independents would be better off with a co-ordinated EU presence.

IMPALA set about fiercely promoting the sector. In its first year the organisation played a key role in the breakdown of the very first merger attempt between major label giants EMI and Warner – a deal withdrawn because of EU objections.

It was to be a telling first result.

Smith says it was the first time the European regulators had heard: “Hold on a minute, have you thought about the independents?”

“IMPALA has a few milestones under its belt – and some hairy moments along the way.”

Taking a stance against consolidation and abuse has defined much of IMPALA’s work. At the same time it is pragmatic and focused on solutions.

In 2001, for example, as the major labels went for Napster’s jugular in the courts, AIM and IMPALA decided to license its legal service worldwide.

As Smith notes, “when the deal was done with Napster it was the world’s number two brand”.

IMPALA was also instrumental in the creation of Merlin in 2007 – now widely recognised as a vital forcefield for the commercial interests of the worldwide independent music community.

“IMPALA’s collective voice continues to be very important in the development of the online marketplace. Our complaint on YouTube is one recent example – it put issues across that members individually didn’t dare to speak out about,” says Smith.

“Before IMPALA, the independents weren’t heard at European level even though they very effective nationally.

“We made it organised and strong across borders. It was the result of our members’ combined forces compounded – ‘2 plus 2’ suddenly equalled 10.”

In 2004, that collective voice roared, as IMPALA made an impact in Europe that would send ripples across the global music business, while signifying loud and clear that the indies were a force to be reckoned with.

Following the initial approval of a planned merger between Sony and BMG by the EU, IMPALA launched a class action appeal against the merger. It was the first of its kind and the deal was, temporarily at least, stopped in its tracks.

“Everyone said we were mad, but we didn’t listen and we won. That was a landmark case” says Smith. “We had already hit the ground running with EMI/Warner in 2001, but this was something else altogether.”

“Everyone said we were mad but we didn’t listen and we won. It was a landmark case.”

Sony eventually pulled out of its joint venture with BMG and avoided a final ruling, but the EU had established key principles, not least that it was important to take notice of IMPALA.

The body had made solid inroads into the corridors of power, not only in Brussels, but also with the majors.

This was helped by the fact that IMPALA was also co-operating on areas of common interest.

“IMPALA had become a point of reference and campaigns on issues like VAT for example were run in harmony with IFPI and other organisations in the music business”, notes Smith.

These efforts laid the groundwork for what perhaps is the defining moment in IMPALA’s 15-year history so far: Universal Music Group’s bid to buy EMI Music.

As soon as this deal was announced in 2011, IMPALA went into battle, lobbying the likes of EC Competition Commissioner Joaquin Almunia.

What ensued was an intense moment for IMPALA, with UMG and WMG keen to agree terms to convince the regulators.

“There were differing views amongst members on what the best outcome was, but in the end we got there,” said Smith.

Nearly a year after the deal was announced, UMG risked losing the whole deal.

“In terms of market share, Universal’s divestments were proportionally the biggest remedies ever seen in a merger case.”

Rumour has it that Vivendi had to step in to save the day with the regulators in Europe, but at a huge price: UMG was forced to divest two-thirds of EMI in Europe.

That was a pretty incredible result. As Smith notes, “In terms of market share, Universal’s divestments were proportionally the biggest remedies seen in any merger case in any sector in history.”

Said EU competition commissioner Joaquin Almunia at the time: “The very significant commitments proposed by Universal will ensure that competition in the music industry is preserved and that European consumers continue to enjoy all its benefits.”

At the same time, Universal also had to agree to behave itself when negotiating online deals.

“The result is that the EU gets to monitor Universal’s digital contracts for ten years – that’s pretty serious stuff,” points out Smith.

The indies now await tangible spoils of IMPALA’s hard graft, with more than £100m in assets up for grabs.

As part of the UMG/EMI divestments, Warner Music Group bought Parlophone Label Group in Europe. WMG agreed the independents should be strengthened in the process. An agreement was concluded with IMPALA and Merlin to divest a significant chunk of assets to the independents – a move which will eventually shift 2% of market share to the non-major sector.

And then, there was Apple Music.

In June this year, just two weeks before the launch of the streaming service, Apple finally agreed to pay independent labels and musicians royalties for the platform’s three-month free trial.

Until this decision, independent labels and artists would have been paid nothing for these streams.

It was a hard fought outcome. Taylor Swift’s public complaint on the matter was the most headline-grabbing element.

But it occurred after the whole independent community stood firm – an essential factor which led to a U-turn.

Smith said: “In the end the independents were effectively negotiating with Apple on behalf of the whole sector, including the majors, who also collect on the free trial as a result.”

Last year it was YouTube – and that story will continue to run.

Top of IMPALA’s agenda right now are topics such as the ‘value gap’. That’s the name used to highlight the gulf between consumption of music on platforms such as YouTube and SoundCloud – and what they pay out to labels and artists, especially compared to properly licensed services.

Smith describes this as “unnecessary friction in the licensing market – a barrier we are asking the EU to tear down”.

IMPALA is also keen to improve the sector’s finances in other ways.

“When you account for 80% of all new releases like the independents, you have to be the top priority.”

Currently looking into a new loan scheme for members, IMPALA also wants accounting rules to properly value copyright as an asset. Smith explains: “Investment has been one of IMPALA’s priorities since it was born and it has a key place in our current priorities.”

IMPALA announced a new action plan earlier this year with ten priorities. Smith summarises the plan as “a vision for a market that is designed first and foremost for the independents, their artists, and their fans”.

Smith adds that makes sense when looking at what the independents invest in signing and developing artists. “Its just maths. When you account for 80% of all new releases, you have to be the top priority.”

IMPALA will also continue to keep a close eye on how the market develops and is participating in new projects such as independent playlisting.

At the same time, it will continue to push for more exposure for independent artists offline as well as online.

IMPALA is also working closely with performer groups and was proud to see that two thirds of the original signatories to WIN’s fair digital deals declaration were European.

Smith says she heard one of her members comment recently: “Of course we should share everything with artists and be transparent. That’s what our artists deserve.”

Not that IMPALA’s history should simply be painted as a crusader. It knows how to celebrate too.

In 2011, IMPALA launched its Independent Album Of The Year Award, now a yearly staple for the independent community, which has been likened to the ‘European Mercury’. Winners include Adele, Guadalupe Plata Efterklang, The xx and this year Caribou.

IMPALA will use its awards to promote the theme of IMPALA’s 15th birthday year – being young and independent.

“We want to put the spotlight on younger labels and their artists,” says Smith. “They symbolise why a level playing field is important.”

She concludes: “All artists are born equal and our job is to make sure that has meaning in the real world.”