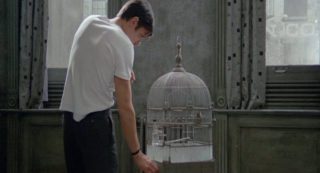 Last year, the global independent community got a little closer when [PIAS] brought Inertia Music into its global family.

Inertia is Australia’s largest independent music sales, distribution and label services business, and has worked with artists over the years including Robyn, Bjork, ODESZA, M83 and pop superstar Sia, in addition to a host of great labels such as 4AD, Fat Possum, City Slang, Dead Oceans, XL Recordings and Secretly Canadian.

Justin Cosby is one of the founder of Inertia and, as Head of A&R, he continues to dedicate himself to discovering and developing brilliant talent from Australia and beyond.

The latest stats we have from ARIA (2016) show subscription streaming as the biggest revenue source in Australia. Would you say your business is primarily geared towards streaming now?

Our business is geared to supporting artists. Helping them find their biggest audience possible and a sustainable income.

So of course streaming plays an important part in our overall strategy. An important egg. But not the only one in the basket.

The thing about independent music business is that we’re rarely cookie-cutters – we’re not a grab, suck and walk-orientated company. We’re in this to build artist careers, and you can only do that by playing the long game and by respecting the art.

What are your biggest concerns about the music industry as we stand today?

In that I mean an apathy that leads towards a general acceptance of the use of data on a first-hand basis before any real judgement can be made. I worry that things can be dismissed or validated before any potential adoption or support can really be developed.

The trouble with that is, when you rely on analytics and research, you’re looking for reassurance on what’s already in existence. You are only gauging of the moment.

When you’re trying to develop an artist, you first and foremost need to identify their personality, what they’re about – and that means switching everything else off and listening to their music and them!

It’s far more important to listen to the music than it is to listen to data which shows how everyone else might have pre-determined a zeitgeist moment as to whether you’ll invest in the artist as a label.

Independents are early adopters, and we are proud of that. Real support is about (i) establishing numbers that aren’t already there; sincerely (ii) growing numbers; sustainably (iii) enabling a foundation for the artist to maintain the numbers.

Music is art, and just like anything under that definition, it needs to breathe. It deserves the chance to allow people find it, to interpret it, and adopt it in how it makes them feel. Then they will retain it.

That said; it is open playing field, not every artist is the same, nor their audience. So of course you should always consider and hold an understanding over how music might disseminate to best find its audience.

Data is not about people, base human instinct, emotion and how you engage. Metrics measure that process after the fact.

And the flip side of that: what are you most excited about?

Easier and greater access to music in every way. For all.

The music industry changes so quickly, but that’s exciting. If we were always doing the same thing, I’d be bored and so would the audience.

How do you know when you’re going to sign an artist?

It’s a collection of things, it’s when your skin tightens, when you don’t second-guess yourself – you might not even be able to affirm a rationale when you think about it.  It’s an instinct and you build from that. You try to work out if you’re alone in that feeling or if others can pick it up by hearing it themselves, if they need helping hands to grab your attention or they adopt it themselves. At the end of the day you, the people, decide.

Would you ever use outside songwriters during the A&R process with an act?

Simple: if it makes sense and the outcome’s great. Nothing gets released that isn’t good.

That said, in the independent world there’s probably more need for sincerity from an artist to make their music vibrant and believable – plus it’s got to sit alongside their other catalogue. If you’re a manufactured artist right from the start, then that’s what you are.

If you’re trying to weave in new things to your sound as you progress, that’s a different thing.

Do you feel that the independent label community is getting a fair crack of the whip on streaming playlists in Australasia?

Absolutely. The great folk that work @ streaming services on this side of the pond are truly doing a fantastic job in supporting independent music. Much respect.

From what I’ve garnered from other people’s experiences globally, we have a lot of access to the teams here, they do listen to music, as opposed to just the cool-aid of the company algorithm. They go to shows; they’re music fans, they’re people rather than an email address, a phone number.

From an A&R perspective, is Australian talent being given its dues worldwide right now?

More so than ever and deservedly so; as there is a phenomenal wealth of talent here.

Additionally there are some equally phenomenal people e.g. Millie, Glen, Esti & Dom at Sounds Australia and other industry bodies, who, like us, work tirelessly at helping the music reach a global audience so it is seen/heard.

What is the one thing you would change about the market and why?

More access to live music in both traditional and non-traditional settings.

Here…. a sizable number of traditional venues have either closed; or been removed/reduced live music from their operation.

Australia is a v. expensive country. Sydney: in the last six/seven years has ranked in the Top 10 most expensive cities in the world! Nationally: we are a huge geographic expanse yet hold just 26m people.

To run a business is hard, stages are being replaced with poker machines. The licensing laws here are very archaic, which makes it difficult for a venue to attract an audience.

Technology allows an audience to listen to [live music] anywhere, not just the pub/club. Culture and generations also change, they and the music should be allowed new environments to commune.

Ultimately, it’s those live experiences that provide the memories you cherish and always remember. You don’t hear people talking about the best nights of their lives happening in a supermarket or in the car.

What about this relationship with [PIAS]?

Meeting new people of like-mind is quite often a rarity, and when it happens it feels like an epiphany. With that you just get excited and you feel like you’ve found something that was missing – and now it’s not. You embrace it.