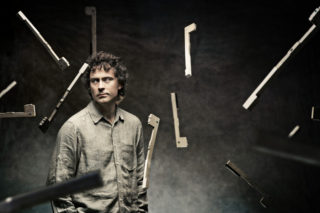 If you were to rifle through the archives of [PIAS], you’d obviously be surrounded by knock-out brilliant music.

There’s even a decent smattering of comedy.

In fact, [PIAS]’s exemplary back catalogue is pretty much only bereft of one genre: classical.

That is, until this month: [PIAS] has now officially acquired one of the most revered classical labels and distributors in history, harmonia mundi.

Established by Bernard Coutaz in Paris in 1958, HM remains one of the biggest independent players in the classical music sector.

It also owns a roster of respected associated jazz and world labels, plus distribution rights to a broad roster of classical and non-classical labels.

Yet in the 30 years of [PIAS]’s history, there hasn’t been a place for classical music. So why, now, does it make sense?

[PIAS] co-founder Kenny Gates admits that, on paper, harmonia mundi and his own beloved company might seem strange bedfellows.

“Bernard coutaz might have been more punk than johnny rotten, alan mcgee and geoff travis combined. And he put artists on a pedestal.”

But peel beneath the surface, he says, and you’ll find two companies with a similarly fulsome appreciation of truly creative artists – and a natural aversion to cheap’n’fast entertainment.

He explains: “I’ve discovered so much about harmonia mundi and its late founder, Bernard Coutaz, that I instantly relate to.

“Here was a hugely charismatic guy who said: ‘We make great music, and we’re not going to do anything to sell it to you. If you don’t like it, piss off.’

“In that respect, he might have been more punk than Johnny Rotten, Alan McGee and Geoff Travis combined. And he put artists on a pedestal every bit as much as Laurence Bell, Daniel Miller or Richard Russell.”

In addition, there’s work from jazz and world music maestros including Ahmad Jamal and Roberto Fonseca, plus a portfolio of distributed labels such as Act, Aparté, Frontiers and Mirare.

Bernard Coutaz’s belief that the world should respect his artists on their own terms apparently extended to the fact that he actually prohibited the word ‘marketing’ within harmonia mundi.

“He believed marketing was a dirty word,” says Kenny. “That if you market a record, it means you are perverting the sanctity of the music.”

This is where [PIAS] and harmonia mundi slightly differ.

Kenny fully agrees that tasteless or excessive promotion of an act can never help an artist’s integrity – a distasteful practice he says he recognises amongst some of his major label competitors.

“Everything harmonia mundi does and has done is about one word: quality.”

But he believes that the careful, targeted marketing that [PIAS] specialises in can be applied to any genre without artistic compromise – including classical.

“Everything harmonia mundi does and has done is all about one word: quality,” Kenny explains. “My romantic side loves Bernard Coutaz’s attitude: ‘If you don’t want this, get stuffed. Go and buy something else.’

“But in this complicated modern world, I think it’s quite impossible to sustain that philosophy. [PIAS]’s challenge with HM is to make this brilliant music available to the biggest number of interested fans, but in a tasteful, intelligent and measured way. Every true artist deserves the utmost recognition.”

“The attitude of [PIAS] has always been about kicking back against these sort of clichés; we’ve never been a company that’s just gone along with music industry snobbishness. We like breaking down boundaries – that’s always been a joyful process for me.”

Although harmonia mundi has certainly made strides to appeal to younger music fans, [PIAS] believes it can amplify this mission in an age when discovery of all types of music is only an iPhone tap away.

Says Kenny: “Given our successful work with neo-classical and neo-jazz artists like Agnes Obel and Melanie Di Biasio, there absolutely should be a wider audience receptive to the music of harmonia mundi – an audience that stretches far beyond the traditional classical or jazz space.”

He adds: “Some people say to me, classical music will never work digitally. That is so defeatist. I actually think that’s exactly where the biggest growth potential is…”

“I think there’s room for improvement in how classical music fans are treated by streaming services.”

One key factor in that growth will be improved digital categorisation.

The most popular streaming services today have clearly been designed for the pop music market.

This can make things hard for a classical music audience, who often rely on different criteria to seek out a particular interpretation of a work.

That might be a composer’s name, the musical work’s name, one or several interpreters of the work and a label’s name.

For instance, within an opera recording, a ‘track’ on a streaming service may only direct listeners to an isolated aria or recitativo.

And, of course, classical music sometimes relies on many talented performers – not just one standout ‘star’.

“Although the likes of Spotify have made some progress in helping listeners search by composer, streaming is still not a satisfactory experience for most classical music fans,” explains Kenny.

“It’s not easy for classical music fans to find their way in the streaming world, and I think there’s room for improvement.

“Perhaps we can pull together with Universal, Sony and Warner to convince the likes of Spotify and Apple Music to treat classical music a little differently.”

As for the wider business opportunity at [PIAS], Kenny refers to the famous ‘blue ocean’ theory: while bigger predators in the music business continue to primarily focus on throwaway hits – the red ‘bloodbath’ of the pop singles chart – music for taste-makers and aficionados is being left alone for specialist companies, and specialist treatment.

“harmonia mundi has existed since 1958 – you can’t manufacture that history, that catalogue, that pedigree,” he says. “We just need to nurture that reputation, and spread that understanding to more music fans.”

Interestingly, the HM acquisition takes [PIAS] into a new area of the ‘blue ocean’ – one that cannot cannibalise its existing output.

Kenny says that [PIAS]’s well-honed sync team has a “huge opportunity” to place HM tracks in movie and TV productions looking for classical music placements, for one thing.

“A company of our size has to grow: in a changing market, if we don’t expand we risk losing momentum”

And although harmonia mundi will continue to run as its own separate entity, the historic company is being brought in-house at [PIAS] to seamlessly fit into the Brussels-born firm’s existing operation – right across the globe.

“We have a lot of expert marketing people, promotion people and sales people in many countries,” says Kenny. “Therefore the combination of the backroom offices makes complete sense.

“A company of our size has to grow: in a changing market, if we don’t expand we are always at risk of losing momentum.

“Our acquisition of HM represents a real chance for us to not only grow what [PIAS] does, but actually broaden the opportunities for classical music itself.

“To every person interested in classical music, harmonia mundi means real quality and taste. It’s such an important brand to classical music connoisseurs.

“For all of us at [PIAS], it is a dream to try and use that pedigree and to expand these fantastic recordings to a wider audience – in the right way.”