The identity of Sunday Best is triple. First, it started as a weekly Sunday night in a club in 1995 by BBC Radio 1 DJ Rob Da Bank.

Eventually, the restless gang launched Bestival, a music festival created on the Isle of Wight born in 2004. 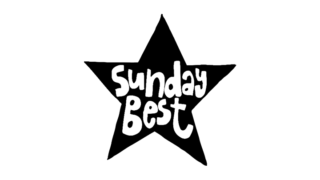 Views on YouTube for "I'm Waiting Here" by David Lynch.

Views on YouTube for Kitty, Daisy & Lewis - supporting Coldplay and Going Up The Country.