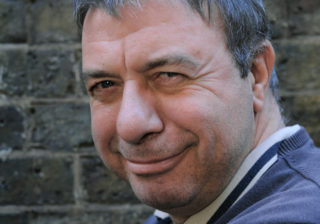 The following blog is written by [PIAS] co-founder Michel Lambot (pictured, main). His comments come after Spotify was reported to be offering artists and managers significant advances to license their music directly.

One could fill pages and pages with thoughts on the disruptive transfer of value over time.

Academic research studies, single interest pressure groups and politicians have all at some time in the past loudly proclaimed the death of the creative arts.

Whether it was the opening of comedy venues in the 18th century taking the bread out of the mouths of authors, the movies destroying theatres or – ironically – television killing the movie industry there has always been doom-mongering.

Cars are now leased rather than owned, houses are tenanted, clothes are bought on eBay and resold, and of course home entertainment products such as books, films and music are routinely downloaded or streamed.

It is, therefore, somewhat inevitable that the new tech conglomerates have decided that paying content owners have eroded their margins too much and are moving to create their own catalogues.

They are also discovering that by having a direct relationship with the creators, they can divide and conquer by controlling both the financing and access to audiences.

We have even seen the likes of Amazon and Netflix embarking on a mission to win as many Oscars and Grand Prix du Festival de Cannes as possible.

It is tempting to see this success as a template for how to build a successful creative business.

But interestingly a lot of the projects that companies like this have become involved in will never see the light of day.

Why? Because working with creative people is very different to working with tech. Tech doesn’t have an opinion or answer back. Tech does what it is told.

Directors change their minds, or start fights with producers, or go over budget or overcomplicate their projects to point of disaster. Actors and comedians get embroiled in scandal, have debilitating drug habits or simply hate each other.

Working with creative people can be messy.

However, the solution to working with creators isn’t really a mystery.

It requires patience and involves working towards building confidence. Working with creative people means facilitating a good working environment, simplifying things, being conciliatory, encouraging artistic collaboration, investing when needed and above all giving those involved the trust and creative freedom to realise their vision.

The music industry does this well – record labels and music publishers are experts in working with creative people. It’s a process that has been learned and refined over a long period of time.

The new wannabe studios have discovered that success is great , but the flipside is epic failure that can quickly erode profits.

In other words – it’s not as easy as it looks.

Let’s just pause as this juncture to look at some context and examine the history of the so-called ‘internet revolution’ in home entertainment.

There is a general consensus that everything started with music and specifically with Napster, the now-defunct tech company co-founded by Sean Parker who later became President of Facebook and was an early investor in Spotify.

It is no exaggeration to say that this early period was a disaster. Peer-to-peer file sharing nearly killed the business and for a long time the music industry was in survival mode as it tried to stop a pandemic of piracy.

Sometime later we saw the rapid emergence of music downloads via iTunes, which some would argue stabilised and saved the industry from oblivion, and now as this particular format recedes we are firmly in the age of streaming with Spotify, YouTube and Apple currently dominating the landscape.

To return to our earlier discussion then, we now see the big streaming companies evolving out of being simply content discovery platforms towards bypassing the existing record label and music publishing ‘gatekeepers’ to talk directly to artists about rights ownership.

Here’s some evidence of the change of direction:

It is fair to say that the ‘old model’ did favour certain gatekeepers. Artists had to be signed to a record label. They needed access to a recording studio, and more often than not they had to be played on terrestrial radio to achieve any significant success.

Today, it can be far more cost effective and, in some cases, practical for artists to produce and release their own music. Labels, recording studios, and radio still matter, but in a cluttered landscape artists’ biggest challenge is now navigating this complexity, noise and disruption to get heard.

Again, despite what Daniel Ek and his compatriots might think, it’s simply not as easy as it may look to take an artist to market and to help them find an audience.

It seems clear that the mission statement of these tech conglomerates involved in music has evolved, inspired largely by the content creation strategies of Netflix and Amazon.

But as already mentioned, this is easier said than done. Creating and understanding the environments, philosophies and infrastructure that can get the best out of creative people isn’t as simple as it sounds.

The music industry is very good at this side of things and it’s no accident that we are. We have been doing it for a long time and we understand people. It could even be argued that we understand people better than we understand tech, and that’s the big difference between us and those who would supersede the role we currently play.

So good luck to the newcomers. If they do succeed, the next phase will be amusing.

I would love to be a fly on the wall, for example, in the subsequent negotiations between Spotify, Apple and YouTube.

Sitting back and watching Spotify trying to do a deal to upload its catalogue on Apple Music and vice versa, and to see YouTube paying Apple for the videos it has produced.

That would be worth getting the popcorn in for.

The tale of the King, the Mammoth… and the future of the music business